Condos for Rent in Pampanga 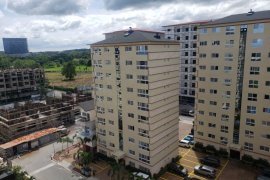 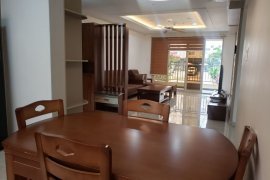 Angeles, Pampanga
Unit Details and Price- 2 Bedroom Unit for Sale of its long term lease hold rights valid until year 2058Priced at Php 7,500,000.This Unit may also be for rent at Php 45,000 per month. Minimum of 1 year contract. 2 Bedroom with 2 Bathrooms ( one bathroom at master bedroom and one bathroom for guest)Parking is free and not for sale on a first come first serve basisThis property is for long term leasehold...
Condo
Price : ₱ 45,000 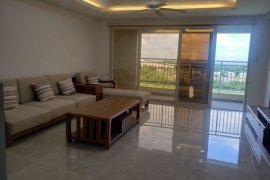 Angeles, Pampanga
Unit Details- 3 Bedroom Condominium- Fully Furnished Unit For Sale at Php 12,500,000 inside Clark Freeport Zone.3 Bedroom Condominium - Unfurnished but ready to use for Sale at Php 12,000,000 inside Clark Freeport Zone.May be sold either furnished or unfurnished. Several floor may be chosen from depends on availabilityMay also be for rent amounting to Php 75,000 per month for a minimum of 1 year contract.This...
Condo
Price : ₱ 75,000

4BR For Rent Inside Clark 221sqm

3 Bedroom Condo For Sale or For Rent inside Clark Pampanga

2 Bedroom Condo For Sale and For Rent inside Clark Pampanga

3 Bedroom Condo For Rent in Clark near CDC Parade

Condo For REnt Inside Clark!!!

Pampanga: Rising from the ashes

When people hear the word "Pampanga" the first thing that comes to their mind is the delicious food. The next is the tragedy that hit the province two decades ago: the eruption of the Mount Pinatubo. But Pampanga is more than those two things. Today, this charming rural area in the Central Luzon continues to flourish gracefully.

Condominium for sale Pampanga: Above and beyond

The eruption of Mt. Pinatubo is truly one of the most hard breaking moments in the history of Pampanga. A former capital of the Philippines, Pampanga has always been part of the rich history of the country. But the tragedy that came in 1991 is a turning point to this province. Tons of lives are taken, people lost their homes, and the rising economy of the province was halted.

But this tragedy didn't stop Pampanga from rising from the ashes - literally. Pampangeños regrouped and started reclaiming what they have lost. And the fruit of their labor can be seen on what Pampanga is today. Pampanga is now a rising industrial and commercial location in Central Luzon. Apartment for rent in Pampanga and other developments are also increasing thanks to the huge increase in both tourism and commerce in the province. Millennials kept on coming back to Pampanga to taste its delicious delicacies like morcon, camaru, balo balo, and bringhe. There are also tons of recreational sites to see in Pampanga. An added bonus is the province's vicinity to gorgeous beaches in  Zambales and Bataan.

If you're a foreigner who plans on retiring in the Philippines, then Pampanga is the perfect place to stay in. There are tons of foreigners who live in Subic and Angeles City. It's because of the Clark Freeport Zone, where the US Navy used to dwell. It's now a major port that connects the Philippines to other countries. Clark Freeport Zone has malls that accept dollars, bar and restaurants that offer great food. Apartment for rent in Clark is also available.

Progress is truly on its way to Pampanga. Rent a place in one of the most promising provinces in the country today.