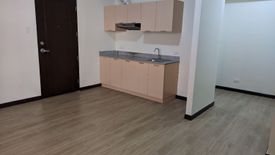 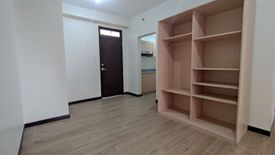 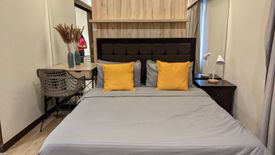 Unfurnished One Bedroom Unit For Rent at Paseo Verdé at Real

Unfurnished Studio Unit For Rent at Paseo Verdé at Real

Rent to Own 2 Bedroom Condo near Cavitex

Las Piñas , Metro Manila
Property Address:One Premiere, Alabang-Zapote Road, Brgy. Almanza Uno, Las Piñas CityAbout the Property:Are you looking for luxury living in the heart of Alabang? Look no further than our furnished penthouse studio at the One Premiere Condominium. It boasts high-end finishes, with a spacious layout and breathtaking city views. Indulge yourself in top-of-the-line amenities, including a state-of-the-art...
Condo
Price : ₱ 15,000

Studio Unit at Alabang One Premier for Rent

Las Piñas , Metro Manila
Studio Unit at Alabang One Premier for Rent Alabang MuntinlupaReference No. ALBC092317th FloorFully FurnishedBedroom / Living Room with ACDining AreaKitchen1 Toilet and BathroomRENTAL PRICE: P17,000.00 Live at the convenience of Alabang One Premier! The unit is perfect for a single guest, small family or couples starting their lives together. The property is strategically located in between Las Pinas...
Condo
Price : ₱ 17,000

Las Piñas , Metro Manila
2BR Unit for SaleFA: 43.6 sqmAsking Price: P2,150,000 (P49k/sqm)For Rent: P15,000/monthUnfurnished*Prices may be subject to change without prior noticeThe property is a two-bedroom unit in Citishelter Mansion, a residential Condominium located in Las Pinas City, Metro Manila.The development is a 10-minute walk away from SM Southmall, which is right along the city's main road, the Alabang-Zapote road....
Condo
Price : ₱ 15,000

History has always been a part of Las Piñas. From being the salt center of Manila during the Spanish era to being the home to one of the most iconic musical instruments in the world, Las Pinas is truly an interesting city with rich culture and history. Today, Las Pinas shines in the real estate world thanks to its wide lots available for residential opportunities.

Condominium for rent Las Piñas: Live one with history

Las Piñas got its name from trading with people from Batangas and Cavite. Both provinces are known for their pineapples and it was said that the farmers used to sell their piñas first in Las Piñas before selling it to other  markets. Because of this, Las Pinas was named Las Pinas and the rest was history.

Aside from being a trading spot for nearby provinces, Las Piñas was also a port for businessmen coming in and out of the country. Later on, Las Pinas found its way into becoming a name to the international scene thanks to the iconic Bamboo Organ that can be found inside St. Joseph Church of the Parish.

Planning on working on visiting in Las Piñas? You're in for a treat. There's tons of condotel for rent in Las Piñas perfect for those who want to visit or want to seek new opportunities. Aside from the iconic Bamboo organ, there are other tourist spots in Las Piñas that everyone should check out. Here's some of them:

Nature Church - The famous Nature Church of Las Piñas is built on a 4000 square meter orchard. Aside from the amazing nature views, the church also has church proper, buildings, and a confessional.

Don't hesitate to seek residential opportunities in Las Piñas because the city has tons of exciting projects to choose from. Whether it's a cheap condo for rent in Las Pinas or a house and lot for rent that you're looking for, you'll surely find the perfect spot for you in Dot Property.