The office sector in the Philippines has been one of the hottest property markets in all of Asia. The rise of Philippine Offshore Gaming Operators (POGOs) and the country’s robust Business Process Outsourcing (BPO) industry has caused office supply to dwindle and rents to rise. However, COVID-19 put a damper on all that.

According to Lobien Realty Group, at least five POGOs and their local service providers have ceased operations since the outbreak of COVID-19. And with international flights grounded for the time being, it isn’t likely they will be replaced.

This isn’t the only issue facing the Philippine office market at the moment. A growing number of firms are moving away from traditional office towers in central areas to townships in suburban locations. Those townships around Metro Manila are drawing the most interest.

Why are Philippine companies moving to townships?

Townships in the Philippines are quite unique. They are large, green spaces that usually have many of the same conveniences of working in the city. There are retail spaces with shops and eateries nearby as well as some entertainment facilities, like parks and bike trails, that can’t be found in the urban jungle that is Metro Manila.

This is nice but there are far better perks to working in a township. Firstly, employee commute times are dramatically reduced. Traffic in the suburbs isn’t nearly as bad as the gridlock you’ll encounter in Metro Manila. Additionally, home prices and rental rates in and around townships are less than what’s found in metropolitan areas meaning employees can live closer to the office.

The downside is that most townships are anywhere from 45 minutes to two hours away from Metro Manila’s key business districts. In the past, this would be seen as a problem, but COVID-19 has changed the way many firms view about being in the city. With virtual meetings and work from home now readily accepted, location is less important now than ever before.

One property developer is already tapping into the demand from companies for office space in townships. Megaworld has incorporated several office spaces into its Maple Grove township. Located in Cavite, a province south of Metro Manila, the commercial portion of the township features a “Makati-inspired” business district.

“Maple Grove’s rising business district in this side of Cavite allows companies to thrive and grow their businesses in a green and sustainable community where everything is integrated and within reach. The entire development itself, as in any other townships that we’ve already built, will be walkable from one office tower to another, or to the mall, residential towers and parks that we will build around the community,” Rachelle Peñaflorida, Megaworld Vice President for Sales and Marketing, told the Inquirer.

She continued, “Owning an office space in Maple Grove would be a wise move especially that General Trias is now fast becoming a key growth area of Cavite. In five years, we expect rental prices to go up as more developments rise within the township.” 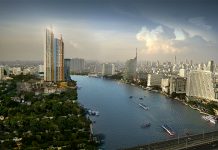 Where are the tallest buildings in Thailand? 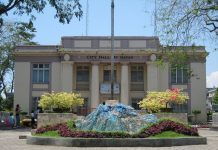 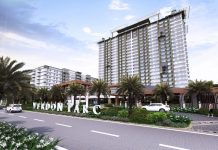 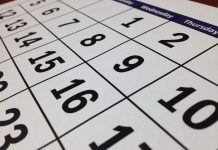