Cavite Light Industrial Park (CLIP) is a 70-hectare world class industrial estate developed by Cathay Land inside Mallorca City where the residential community of Mallorca Villas and its Commercial Avenue are also located. It is 20 kilometers outside Metro Manila and an approximate ten-minute drive from Aguinaldo Highway.

The industrialization of the Cavite Laguna Batangas Rizal (CALABARZON) region makes it one of the nearest industrial hubs outside Metro Manila. The growing confidence in the potential of these provinces has evoked companies to relocate their businesses in the area’s various locations and establish their niches in their respective industries.

Locators operating inside the Cavite Light Industrial Park will be among the first to enjoy a much- faster transport system made possible by the ongoing LRT -1 Extension, Cavite- Laguna Expressway (CALAX), and the upcoming Cavite- Tagaytay- Batangas (CTBEx). Once CALAX and CTBEx are opened to motorists, CLIP will become highly- accessible through the expressways' Silang East exits. 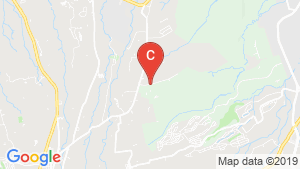 There are a number of other Land developments located in the area of Cavite Light Industrial Park including:

Back to search results
This lisitng provided by Cathay Land Inc. The information contained in this listing froms a property advertisement of which dotproperty.com.ph has no control over content contained within furthermore, dotproperty.com.ph, cannot guarantee the accuracy of listing information, linked content or associated resources provided by agencies or developers for the purpose of advertising
Join or sign in