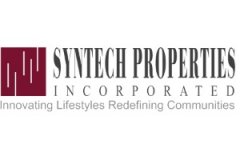 Syntech Properties, Inc., a Philippines-incorporated and based company, is part of the Woh Hup Group of Companies based in Singapore. Established in 1927, Woh Hup is today one of the leading building and civil engineering contractors in Singapore, with a portfolio of major projects worth over S$1,000 million. Besides construction activities, the Group has also, for many years, been investing in numerous property development projects overseas, especially in Australia, United Kingdom and China. In the early 90s, the Group took its construction expertise to Thailand and from there, expanded into the regional countries of Malaysia, Myanmar,  Philippines and Sri Lanka.

Through its network of subsidiary companies, Woh Hup started its operations in the Philippines when it was contracted to build the extension to the EDSA Shangri-la Hotel in Metro Manila back in 1995. It went into partnership with a local landowner in Cebu, to jointly undertake the development of a major luxury class condominium project, known as Citylights Gardens. Syntech Properties Inc was incorporated in 1997 and tasked with the development and sale of the Citylights Gardens project. Developed in two phases, the 4 towers of Citylights Gardens project, with 360 condominium units, developed at the total cost of more than Peso 2.6 billion, was fully completed in 2008. The project stands as the only resort-style condominium in Cebu with more than 50% of its total land area of over 3 hectares being dedicated to common facilities, open spaces and landscaped gardens.

Syntech Properties, Inc. prides itself as being a boutique developer with a difference. Going by its tagline “Innovating lifestyles, redefining communities”, the Company was the first to bring the concept of developing resort-style condominium projects to Cebu. It is selective about the projects it chooses to develop, preferring uniqueness and exclusivity over the mass market. Hence, its current project, the Amonsagana Retirement Village in Balamban, will be the embodiment of its vision to create an inspiring and innovative lifestyle concept with a return to communally and environmentally responsible principles for environmental sustainability. By creating a residential community based on the natural environment and social balance, Syntech Properties Inc hopes to also inspire such development awareness in other developers. 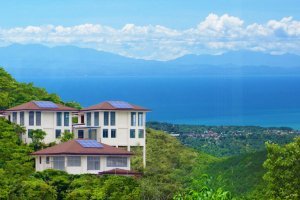