The Philippine Racing Club is betting on property after deciding to offload its horseracing business to a wholly-owned subsidiary. The organization made the announcement in a recent disclosure that noted the renewal of its horseracing franchise, whose permit expires later this year, will be carried out through Santa Ana Park Racing Club.

The pivot is expected to happen quickly with the Philippine Racing Club hoping to focus solely on real estate development as early as November. The firm will start undergoing changes over the coming months including the transfer of horseracing operations employees to Santa Ana Park Racing Club.

Read More: This is the most expensive condo development in Ortigas Center

Megaworld has reached a deal with the Manila Jockey Club to purchase PHP1.8 billion of land in Sta. Cruz, Manila. The horse racing organization purchased the land all the way back in 1912, although the racetrack was moved to Cavite in 2003 with the area having been since developed into the San Lazaro Tourism and Business Park.

The land was highly coveted by Megaworld who will leverage the site to grow its footprint in Metro Manila. The developer is active in nearby Binondo where it built the Lucky Chinatown complex. The acquisition will be used to expand this into a township.

“Currently, our big projects in the city of Manila are concentrated in Binondo district, particularly within our Lucky Chinatown project where we have a lifestyle mall, condominium towers, a cultural museum and a hotel,” Megaworld Chief Strategy Officer Kevin Tan told Philstar Global. “When we finalize the purchase of this land in San Lazaro, this will surely be part of our township portfolio expansion in Metro Manila.” 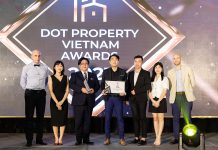