Edwin Andal has been in the Real Estate Industry for more than 15 years. He started his career in 2003 as Sales Manager for Brittany Corporation (Vista Land). After a year of exceptional performance, he was then promoted to Business Director.

He served as a Business Director in Vista Land for 12 years. Not only was he part of Brittany's line of successful top Directors, he also became part of Crown Asia (Vista Land) during the later part and received numerous recognition and achievements.

He joined Avida Sales Corp. in 2015 as Area Sales Director and handled two Township projects of Ayala Land; the Avida Towers Cloverleaf in Balintawak Quezon City and Avida Nuvali in Sta. Rosa Laguna. In 2017, he became the first In-house Broker under Avida Sales Corp. and now selling all projects of Avida. His exceptional skills brought him to where he is now.

He is also an accredited Broker of other Real Estate Companies: 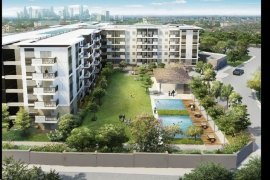 Avida One Antonio in Makati - 2 Bedroom Unit with Balcony. 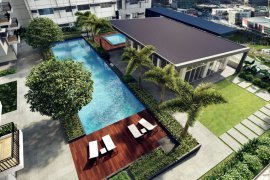 3 Bedroom with Balcony in Avida One Antonio Makati.

Taguig, Metro Manila
Life is all about growth, and how and where you grow depends on where you call home. At Avida Towers...
Condo
Price : ₱ 4,480,000

Makati, Metro Manila
Set to rise in the Metro’s prime business district is your new home in the south of Makati – Avida...
Condo
Price : ₱ 4,480,000

Makati, Metro Manila
Set to rise in the Metro’s prime business district is your new home in the south of Makati – Avida...
Condo
Price : ₱ 8,260,000